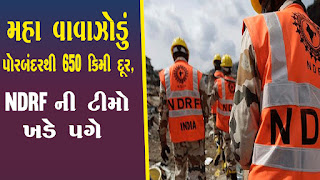 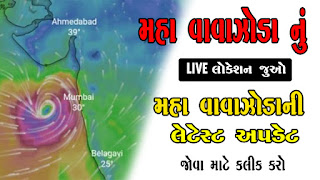 According to the Meteorological Department, winds of 70 to 80 kilometers per hour can be blowing in the coastal area of ​​Diu in the morning on November 7.32 NDRF teams have been placed on standby at Jamnagar and Ahmedabad air stations.

In a conversation with photo-journalist Deepam Bhachev, Fire Chief Officer M F. "All the control stations are on standby and all employees' vacations have been canceled," Dastur said.

0 Response to "'Navy' hurricane hits 650 km away from Porbandar"