On the one hand there is a growing list of defaulters, on the other the loan 'Kherat' is increasing
11 thousand companies have 1.61 lakh crore outstanding The Reserve Bank has released a list of bank defaulters after 4 years of the Supreme Court's order. These are all willful defaulters, who knowingly do not return to Banklon. Some of them have left the country and fled. In response to the RTI in May-2019, the Reserve Bank has listed 30 major bank defaulters as of April 30, 2019. A total 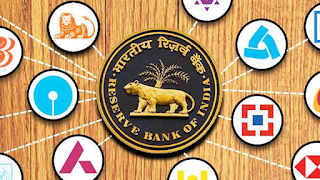 of more than Rs 50,000 crore is yet to be recovered from him. It also names companies of runaway diamond businessman Mehul Choksi and Nirav Modi. Mehul's Gitanjali speaks of 5044 crore from James while the remaining amount of Rs 869 crore from Diamond Power of Vadodara. Other defaulters include Rotomac Global, Deccan Chronicle, Winsom Diamond, Siddhivinayak Logistics, REI Agro, ABG Shipyard, Ruchisoya, etc.